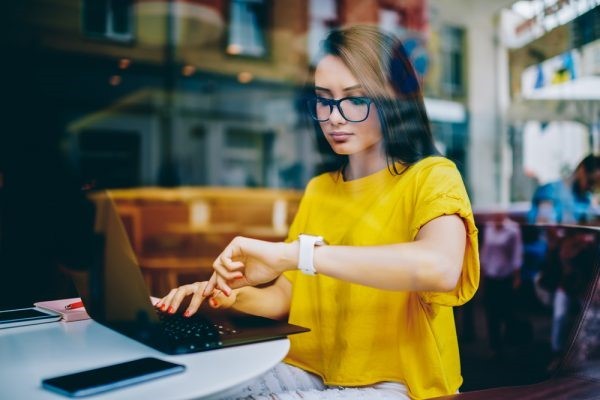 Forty-year-old Yukiko Lim ditched her 11-year career as a finance and HR manager for freelance make-up services. Meanwhile, Mimi Liu, 31, had a significant career in Business Training when she decided that she wants to pursue her passion for arts and crafts. Both of them decided to leave their hefty paying jobs for freelancing, where they earn about  $4,500-$5,000 per month.

"Being a freelancer means that I'm able to work on my own props and think about how I can improve at any time that I want. In the case of a full-time job, most people tend to confine their research and interest to the working hours," said Liu.

Even fresh graduates are getting lured into the gig economy scene. When Ng See Min, 22, was weighing career options after finishing studies, she chose to become a freelance henna body artist, attracted by the flexibility that the gig arrangement offered and confident that it can be a sustainable job with the right amount of effort put into it.

“I don’t like to be confined under the traditional 9 to 5 work arrangement, nor being deskbound,” said Ng. “Freelancing allows me to fully maximise my time according to my different priorities weekly. Freelancing also lowers the chances of being micromanaged.”

Ng said one of the perks of freelancing is having control on when to work and play, offering a spontaneity that traditional time-structured employment cannot. She also brushed off worries that the freelance arrangement will not be able to consistently provide for her financial needs.

Liu, Ng and Lim are just three of the growing number of Singapore’s labour force choosing to join the so-called gig economy. Official statistics suggest that there are about 180,000 freelancers categorised as own-account workers, or about 8.3% of the labour force in 2016, said Chua Hak Bin, analyst at Maybank Kim Eng.

Meanwhile, the Manpower Ministry estimates the number of gig freelancers “who use internet platforms” is only about 20,000.

The freelance work trend is driven by a number of active gig economy companies in the city-state, namely Uber, Grab, Deliveroo, and FoodPanda, said Deacons and Corrs Chambers Westgarth in a report.

Chua reckoned that a growing gig economy has probably cushioned the negative impact from the downturn in the job market, wherein employment contracted in the first half of 2017, the worst performance since the global financial crisis.

“Retrenched or unemployed workers are able to turn to gigs for some supplementary income whilst looking for a permanent job,” said Chua. “Slack in the labour market may not be as large if secondary gig workers are not as anxious to quickly find permanent employment.”

Maybank Kim Eng data also suggests that millennials make up for a growing proportion of Singaporeans who are entering the gig economy. About 47% of ITE and 35% of polytechnic graduates opted for part-time/temporary/freelance jobs in 2016, more than double the percentage from a decade ago.

One of them is 27-year old Amber Seah who formerly worked in events and marketing before doing baking gigs for her clients. She noted that freelancing gives her more opportunity to achieve financial freedom compared to being dependent on a monthly wage in a regular employment set-up.

“On the positive side, graduates are voluntarily opting for freelance jobs because of the greater flexibility, opportunity, and technological capacity to capitalise on the internet economy. On the negative side, graduates may face less job security, volatile earnings and minimal social security contributions,” Chua said.

Established in 2018, ProjeX has a simple mission with a noble purpose. The portal aspires to connect the varying needs of businesses with the great human talents outside, without boundaries without geographies. With a base of over 20,000 users worldwide, we provide direct access of top notch independent workforce to every business in mind. Never have projects been done so easily, so efficiently.